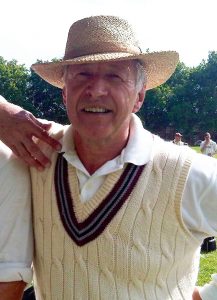 John Booth is a Yorkshire-born journalist and writer

After an apprenticeship in Durham and Wiltshire he worked for newspapers and magazines in Leeds, Washington DC, Harare and London where he also trained journalism students at two universities.

He skydived for The Observer, played cricket for the Pakistan embassy XI while working in the US capital for The Washington Post and successfully sued Rupert Murdoch’s HarperCollins imprint for libel.

He has been a local councillor, school governor and parliamentary candidate, later working as an adviser to all-party UK parliamentary groups on climate change and human rights.

A member of several political campaigns, he helped found the one for Orgreave Truth and Justice, cycled Essex to raise money for Liberty and the West Bank in support of Medical Aid for Palestinians.

A cricketer, cyclist, pianist and photographer, he now lives in Scotland.